While working on the term project of my product design class (Design Strategies), we were randomly grouped into teams of 3. Each student had to come up with a product, and then decide which product is the most viable, and proceed with it.

After thinking of the feasibility of product development, we decided to go with a product called walk clean.

The concept was that a wrist band is only a fashion accessory, but has potential to be more. It is worn by many people; imagine a world, where it could be used as a utility device!

Walk clean is a utility wrist band that has a hollow compartment inside it. The compartment (for now) is used to store gloves, mostly meant to be used by a person who does not want his/her hands to be contaminated.

The wrist band was made using 3D printers with the material TPU.

Two iterations were made: In the first one, the band was supposed to be two different pieces, joined in the middle. However, the flaw with this one was that it would not create a circular shape around the wrist. Here are the images rendered using Rhino. 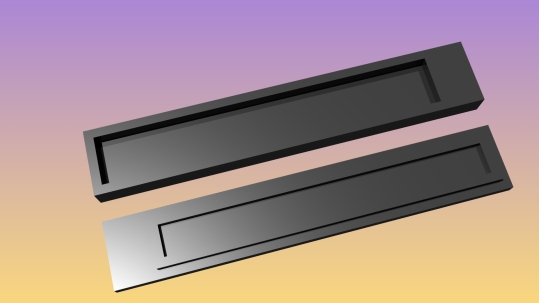 The following images show the first 3D printed prototype of the product. The glove could be easily placed inside the band, but the shape could not be kept. Also, there was space only for one glove.

The second prototype was designed as an incomplete hollow ring. This gave the band a circular shape. The hollow inside meant not just one, but two gloves could be placed inside. A simple piece of acrylic was used to join the ends together to make a complete ring. 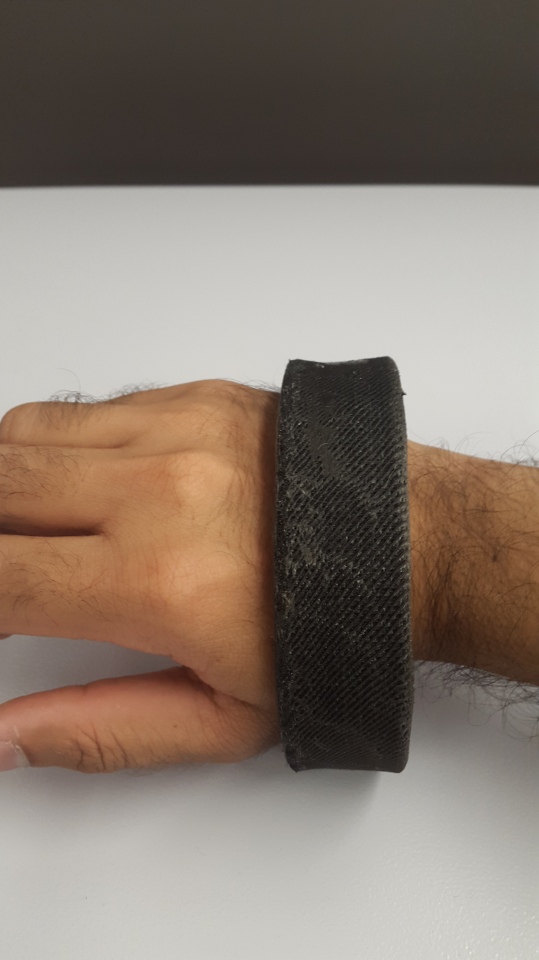 Clearly, the size is larger than a regular wrist band, and the outer surface looks unpolished (unlike the previous one). However, for about 80% material infill, the prototype is very sturdy. The lesson from building this prototype is that TPU is very flexible, and it is very easy to make hollow objects with it. This means, that a “human” sized wrist band can be made with a little bit more effort while 3D modelling.

Above is the image of all the things the prototype comprises of: the wrist band, a pair of gloves, two rubber bands, and an acrylic piece.
This video shows how the  second prototype o